You may wonder why this blog has no coverage of the cities I pass through. Several reasons.
I don’t like spending time in them on a bike – when I have to pass through, as a stop over, or to get Lucinda looked at, I just want to get back into the country.
Traffic experiences have been horrible. Atlanta was beyond belief.
They’re dangerous to ride in.
I tried. Ottawa, Montreal, Savanna, Atlanta, Austin. I don’t need cities.
I live in the best city in the world.
All this might change, but for now I just follow my gut.
So off we go, north, leaving Santa Fe without even a pic. Oh well.
And Lucinda is gas station centric and they’re better in the country. Our entire social circle is/are gas station employees. So we have brunch ($20 in gas for her, she likes a big meal to start the day, it sees her through until mid-afternoon) at the first one that looks right. 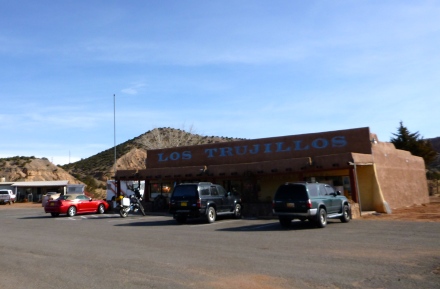 Very shortly, headed due north towards Chama, we run beside the Rio Arriba 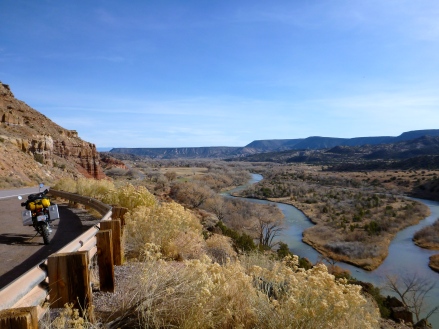 There’s something magnetic about alluvial plains. Primitive food source, where we could reliably stalk and spear/stone game to drag home to our significant other.
We ran by coloured bluffs. Blue 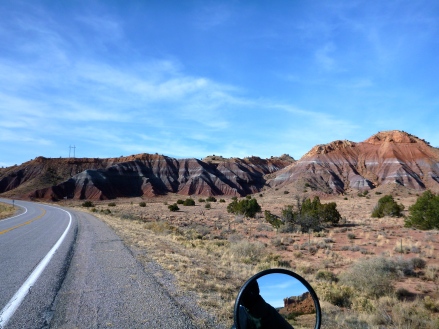 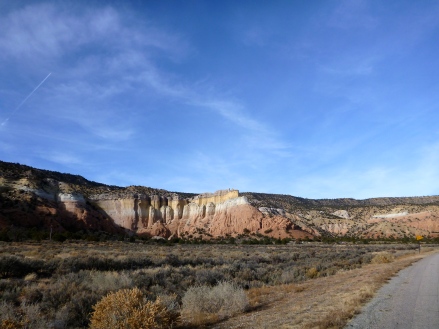 And back onto the high plains, about 8000′, spotted with failed roadside ventures 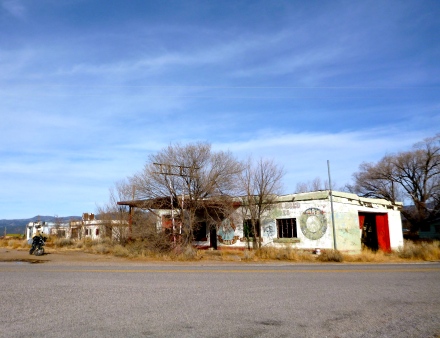 Then the scenery, at about Tierra Amarilla, changed completely to agricultural land and stayed that way until Farmington. Nothing large scale like we’d seen in the south, midwest or even eastern Washington. No operation was bigger than a family could handle I’m guessing. Around Farmington, farms were subsistence scale. 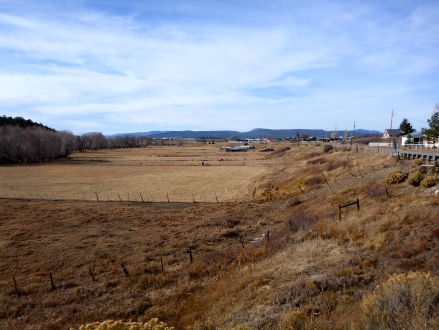 We pulled in for a late lunch before Chama and puppies! 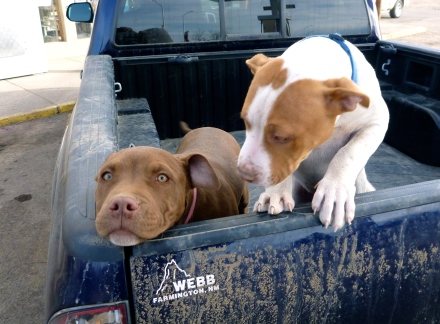 As we approached Dulce things became greyer. In the age of search I’ll keep most negatives to myself, but this was not a happy part of the world. At least not the day I was there. Frankly it was bleak. 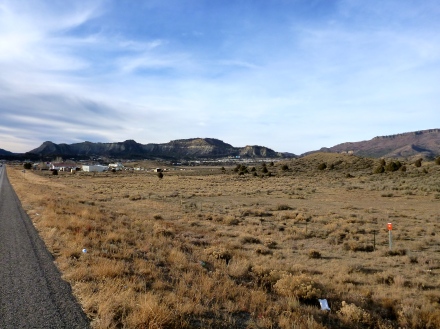 The dam and lake above the town 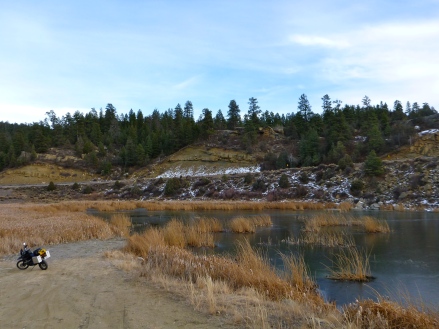 Then, for 50 miles of great riding through open fast twisties we gradually descended into Farmington, but the grey never lifted. Which is another story. 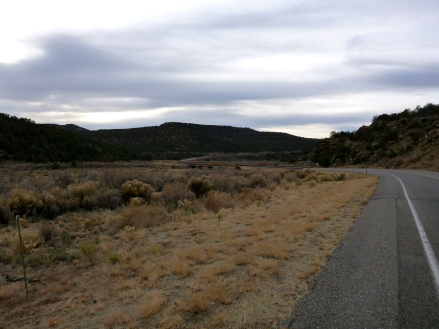