We headed south early, away from the crowds to the very southern edge of town, towards the volcano

Far south, the walled town opens up to grand avenues

Until you arrive at El Calvario

The yellow and white are as vivid as La Merced. It’s spread out low in an enclosed courtyard 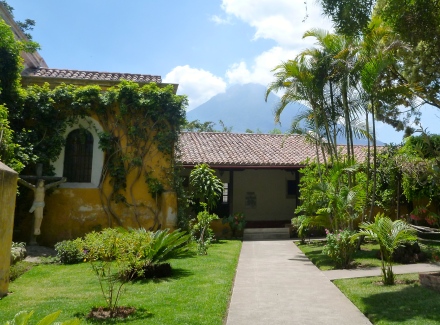 After reading Elizabeth Bell’s story, the history is comparatively unremarkable. But the location is precise and at the end of the distance from itself to San Francisco church at 1322 steps – the distance Jesus took (if you like) on the way to his crucifixion. It was built in 1618 or 1619, destroyed by an earthquake in 1717 and rebuilt 3 years later. Needless to say it’s beautiful.

We had a late breakfast at the foot of these deep gardens (also a plant nursery) at Vivero de le Escalonia and if you ever come here, this is as good as the food can be in Guatemala.

Oh Claudia stop with that already 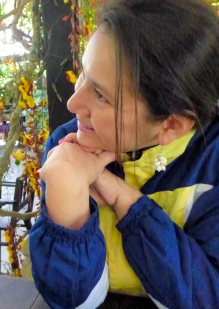 We were talking about food and I’d forgotten to mention to her that after school yesterday (I’d gone to the village of San Bartolo, which is actually attached to Antigua and is just a ten minute walk from the school building) and had pepain de pollo for lunch. She was horrified I did that. I hadn’t thought it was a big deal. It looks like this

The problem with this dish and with the another ubiquitous dish, chili rellino, is that this is public market, or roadside, food. This doesn’t work for Claudia. But it works for me. For a couple of reasons. I’m no great foody but if you haven’t eaten a carrot or any vegetable really down here somewhere you haven’t lived. Like oranges and cantaloupe the produce explodes with flavour. Everything roadside or in a market is fresh, except maybe the meat. It may not be safe is the problem as you know and this complex subject is for another post. But one thing worth mentioning is that Helge told me he doesn’t get sick because he brushes his teeth in the tap water. Well Marty took that advice and he looked like he nearly killed himself vomiting. And Bill, his sidecar ballast and navigator, after the same advice, started the whole huge drama over again the day after Marty recovered. Amazing really. My turn soon I guess. I’ll take photos. 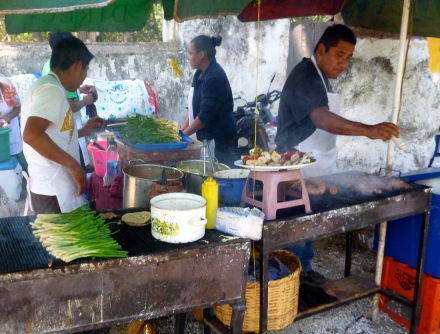 And this section of the market is nearly all food stalls 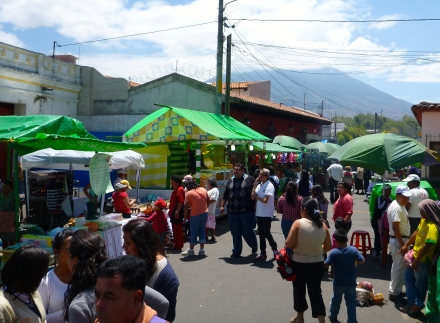 Tomorrow is another long walk after an early start, so an early crash.