I pulled over onto an 8′ wide paved shoulder to key in an alternate on my GPS. A few minutes later I pull out only to immediately get flagged down by two Nicaraguan police. This is now the third time in about a week. The first two times I was riding with the Panamanians. Nicaragua is crooked cop heaven.

The meaner looking of the two asks for my documents, which I gave him. He then told me that I’d committed an infraction and the shoulder was reserved for bicycles. This was bullshit. He said he had to fill out the form on the clipboard in front of him and I was free to come down to the police station the next day and pay my ticket and retrieve my license and Guate title. This was a carbon-copy of the shake-down we’d received further north. Eddie had managed to negotiate a 1K cordoba fine, about $12/head. So I asked him what the fine would be if I wanted my licence back now. He says $100 US. This is a fortune on the bribe scale, maybe two weeks wages for this bastard. I knew Eddie would negotiate this down, but he knows the subtleties having lived here for years. This is only my third bribe and I really don’t want to screw it up and end up being arrested for offering a bribe by pissing him off. So I pay it in full, putting the cash on my seat, not giving it to him, as is the correct form. He duly picked it up. Yes, I’m ashamed of myself. I’ll get the correct storyline on handling bent cops from Eddie next time I see him. This is why I don’t post on ADV: why get crucified by the experts there for bailing early on the fun part. But learning, slowly.

Up at 4:00 this morning as part of my two-day mysterious disappearance and was on my bike by 10:00, super tired and so headed for Granada because it rhymes with Canada. It started with a nasty ride through Managua – these Centroamerica cuiadades are very tough but probably just a warm-up for Asia. Actually Fred emailed me a strong warning about riding through Lima, which he said was hell, and that’s only a couple of months away, so we’ll see.

We took a diversion and rode through the countryside. This is Volcan Mombacho

And we’re on Lake Nicaragua, so rivers running across our path

And this smaller one, at lakeside, with horses grazing. You see all that white stuff. Garbage. As beautiful as these countries are, the rivers are often where people dump their garbage. No fault here, it’s as it’s always been and they’ve got us beat on some more important things that where to dump the trash. 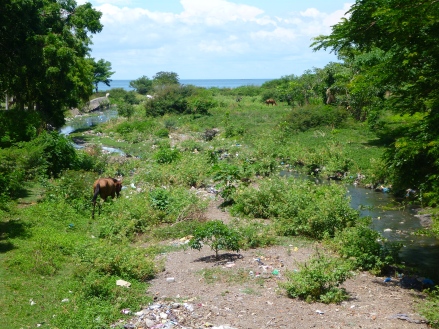 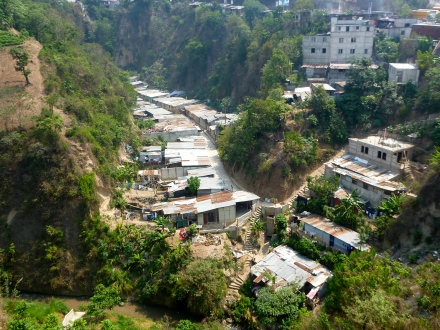 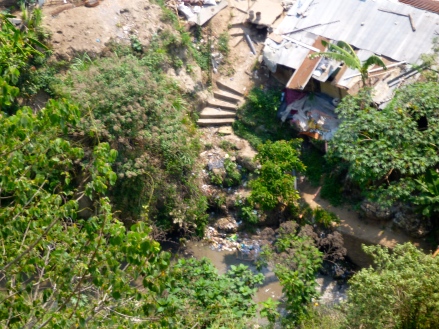 I love rivers and notice this, so now the subject’s covered, no mas

Down to the Lake. Like El Salvador, there are cattle everywhere

Then into town, past a creepy pond 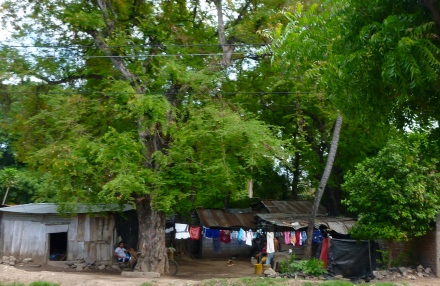 Through this beautiful, and typical burb 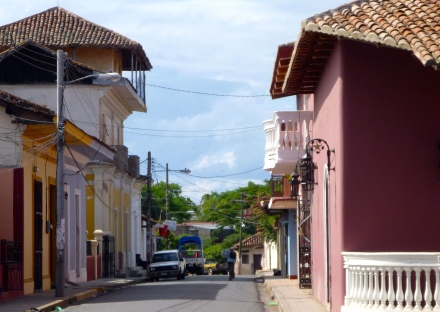 To this, the oldest church in Central America

More on this tomorrow (when I get the facts straight) and the story of a hyper-villain. Well two actually.

Here’s a gecko poo. Thanks to Hugh for pointing out that only gecko poo has a white bit at the end