This is a two day ride post. The route was designed by Ben in response to my boat trip idea. It’s also going to be the end of our travels together as I need to be going solo again. More on why this works so well for me another time.

The day one track 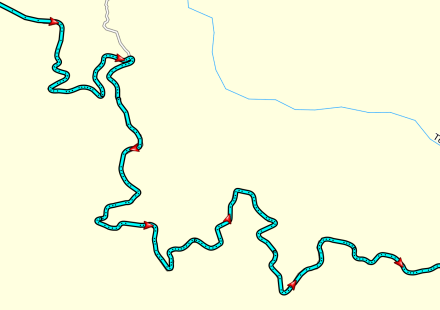 The first stop is in the town of Saquisili. Importantly Ben’s timed it so we arrive on market day, Thursday morning. It’s a gigantic affair. We’re in a very rural area and it’s just locals so we have to be careful with what we photograph, and at close quarters ask for permission, which we occasionally don’t get.

But anyway. Pigs by the part. His remaining trotter is on sale I guess

Rope, which the men weave on site

Sewing stalls where you can get stuff fixed. Very cool 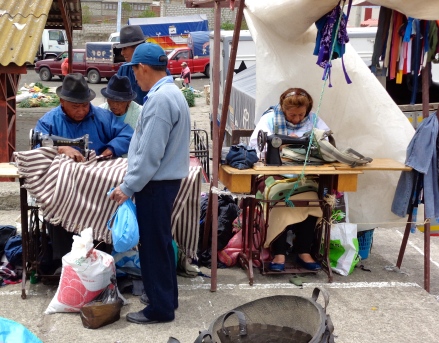 Lambs. They were making that last-chance desperate bleeting sound, hoping a gringo will buy them and take them home to a nice safe field in Canada

We had lunch here, at the food court. We’re all pretty brave but this wasn’t a winning day for us here

Rodents, specially guinea pigs. Shoppers would grab rabbits, guinea pigs, whatever and throw them into a wriggling kicking sack which they’d carry around and shop some more

Time’s pressing and we’re headed high into the mountains to see Quilotoa. Off we go up a small paved road

Various sections of our road can be seen here 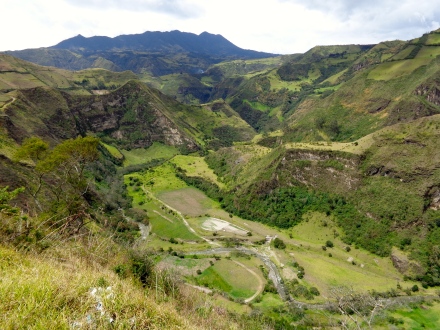 A couple of hours of riding later we arrive in a desolate, chaotic landscape 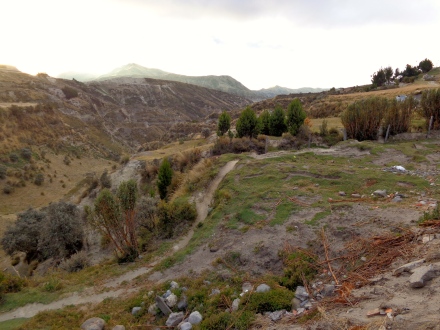 …a water-filled caldera and the most western volcano in the Ecuadorian Andes. The 3 kilometres (2 mi) wide caldera was formed by the collapse of this dacite volcano following a catastrophic VEI-6 eruption about 800 years ago, which produced pyroclastic flows and lahars that reached the Pacific Ocean, and spread an airborne deposit of volcanic ash throughout the northern Andes. The caldera has since accumulated a 250 m (820 ft) deep crater lake, which has a greenish color as a result of dissolved minerals…

A major geological feature, there are a few hostels for visitors 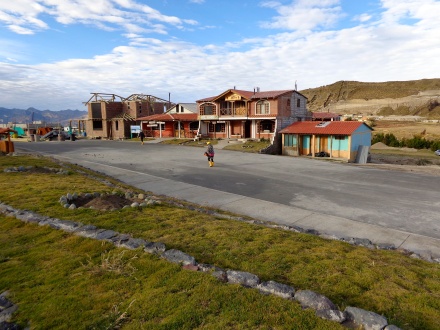 It’s really f***ing cold. We struggle to warm up. The Hostel has a small iron stove and that’s it in the main building. Each room has a stove but we’re given two little logs each which just fill the room with smoke. I sleep in my clothes again

In the morning, frozen, we blast off down the mountain to Riobamba

I’m sure you’re getting the idea. I think the last straight stretch of road of more than a half mile was back in Panama

Half way down we get a great view of Cotopaxi

On the plains we pass Chimborazo. Because of the equatorial bulge it’s the highest mountain in the world, although only 20,600 feet above sea level at this latitude

I’m riding along and there are big-bikers ahead. Curious, I speed up. It’s the Riobamba chapter of the Latino Americanos. What a gas.

Ben and Maddie appear unexpectedly, stop, and we take some photos

Then it’s a short ride into Riobamba 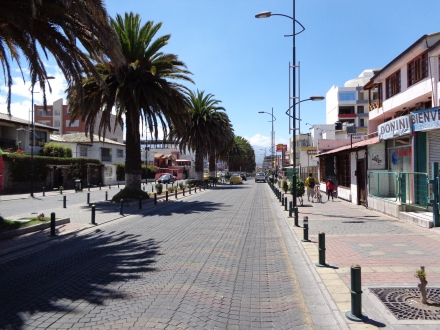 Ben, Maddie and I go out to a celebration/farewell dinner where there’s a one-man play. They’ve been great riding companions. Normally I don’t think either of us would ride with others for so long but we went through the Colombian epic together and some kind of bond formed over that. Young, tough, smart and savvy. Ride fast, ride safe, amigos.