We’ve done this route before, to China and back, but we found a variation each time 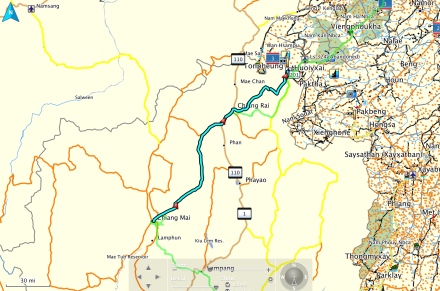 The blast out of Chiang Mai. Sorry to leave it in one way, we made a good friend there 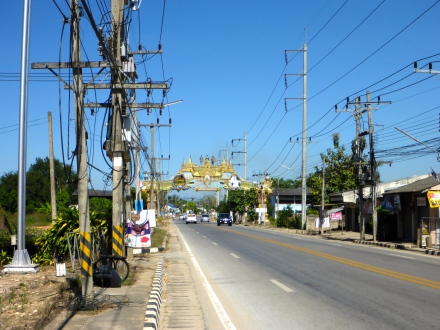 To Chiang Khong. Border towns worldwide are often shitholes (specially in Latin America where they’re just coke bottlenecks) but this is a nice town 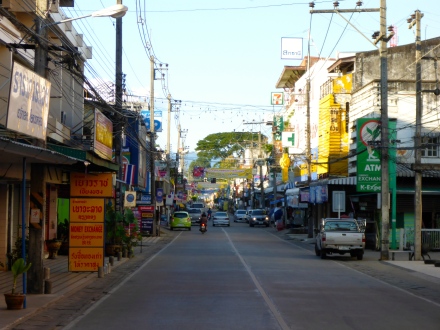 Lotus on the main drag, with of course

guppies! and a few platties, slow stupid fish that spoil the effect 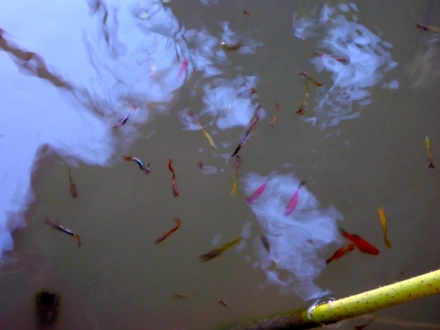 There’s a great walkway along the Mekong

Massive staghorns in the trees 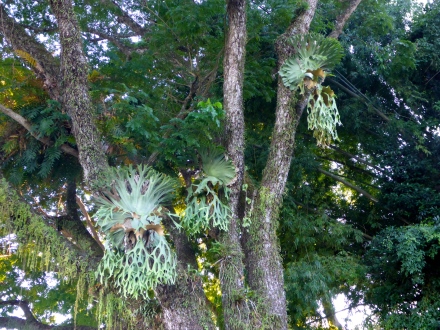 That’s Laos on the far bank. It must have been interesting how this proximity worked during the Vietnam war

The Thai freight barges look like this. The owners home is built square and true on the stern. The Captain steers looking out over his front porch. Nice

We stayed an extra day to go to Loi Krathing, a festival honoring the river. It’s the end of rice harvest, they want to thank her for her abundant water, plus apologize for polluting her. It’s also a time (like Semana Santa in Guatemala, where they queue up to apologize for the people they’ve murdered that year) to ask for forgiveness and promise a fresh start.

The view from the bank above. The main event isn’t until midnight, but I have an early start for the border, so this is early

One of the things is to send lanterns into the sky. It’s a little tricky getting the air hot enough and takes maybe 5 minutes of careful positioning 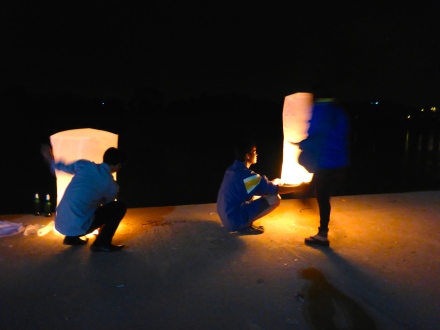 Up they go. They go up high enough that you loose sight of them

It’s a family thing too 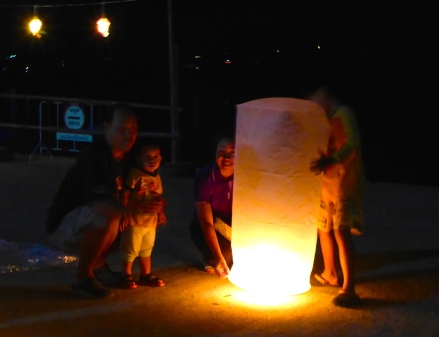 Lots of food and pretty girls

Eating at the water’s edge

This is interesting. You order beer in towers, maybe 8 pints each, with a tap at the bottom 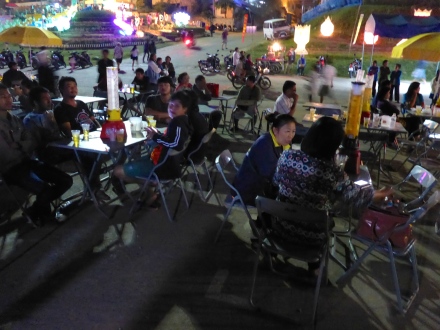 Then early to bed. Shame, those towers have a magnetic force.

One last thing. Another of the big festivals in Thailand is the Cow Festival. Here are the finalists for Miss Cow Festival, 2015

Note: I’m typing this outside at 6:45pm and the mosquitos are out, carrying all sorts of bad things, like malaria. The local repellent is fragrant and effective. Canadians will be interested to know that so far (with about half the world covered) our mosquitos, as we like to brag about, are indeed super-giants. For example here in Laos they’re about 25% of the size and itchyness. You can’t even hear them coming they’re so small.

Yes, this blog is going to get stranger.