We’re off to see a polo match. By huge coincidence, my favourite Latins (tied with a couple of others) the Argentines are in the finals of a polo festival in the birthplace of the sport, now. Unbelievable.

The videos in a coming post best show off Imphal, but off topic, my favourite vendors on my walk so far are the dye merchants, so I’ve passed them 4 times on my way to and back from the grounds. They’re a different type altogether. I’m guessing dye is very expensive 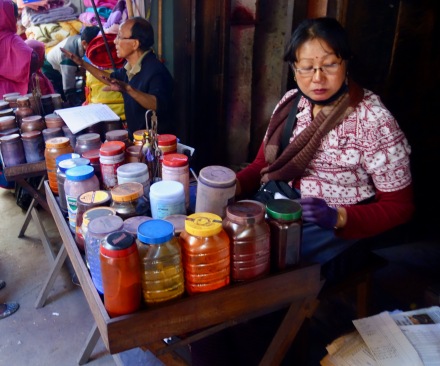 The day before we check everything out at the polo grounds 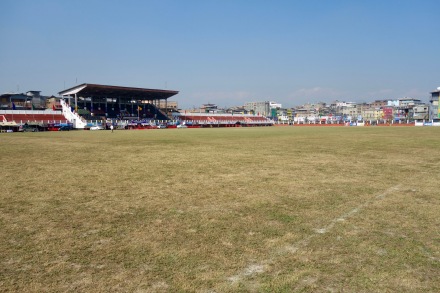 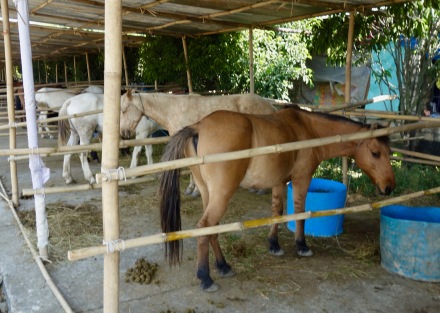 The Manipur polo ponies are the originals of the post-Arab game. They’re totally tiny; 10 hands, compared to an already small standard polo pony at 14 hands. They’re also endangered, the last ones are used here, for this.

Anyway, this tournament is being played by India, England, Morocco, Argentina and the USA. The finals are against (obviously) the Argentines.

Thousands of people are pressed against the outer rails at the street but I walk right on in and through the heavy security people and machines on game day. I’m white, newly shaved, wearing my best going-out (pressed) shirt and pants, look like a million bucks and it’s working. But much to my horror, two guys walk me to a seat right behind the royalty or whatever they are. Press cameras are going off and I’m in shot. Yikes

As a band starts playing I head for the exit and reappear down on the turf with the soldiers and cops. Much better

Speaking of which, the guys dressed like this in a bandana looked fierce and capable, and cool. Their machine guns were the most modern

The two teams on parade while the band played

Then the royalty joined them. It occurred to me if I’d stayed where I was I could have tried walking out with them, lol. I’ve done crazier things

Play under way against the city backdrop. Awesome

Just a few crappy photos. Argentina in traditional blue and white. Look at the size of the pony under that guy! It’s a toy! 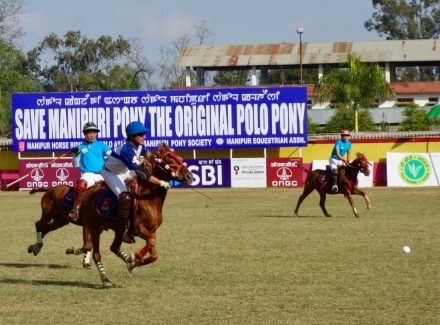 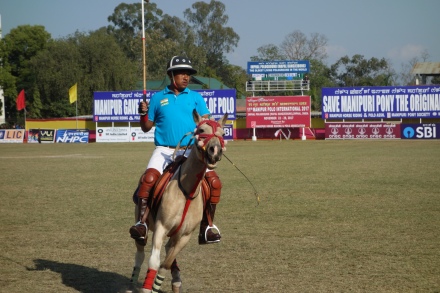 So a wonderful day. I didn’t take my GoPro baseball hat, it didn’t seem appropriate.