(still a day behind)

The first of four rides, a short day first. It was interesting on the road, but nothing we saw off the road we stopped for. Average speed, after stops, 51kph, our slowest yet. The 2nd day would be harder.

Coconut vendors doing a brisk trade in the heat 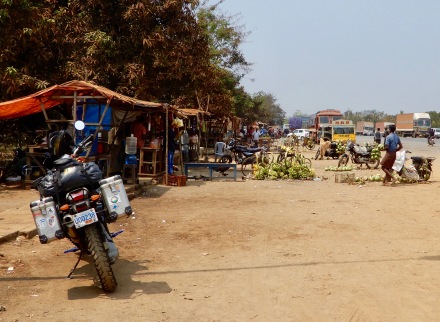 Then, the second day, on to Vijayawada

I decided to take a country road for the first half. Then

So no video until I get a new mount made in Bangalore. I won’t go back to the previous position and have to go through the stop/start effort as things get busier down here.

Then, the second thing. So, we’re waiting at railway tracks for a train. It turns out to be 2 trains, and a 15 minute wait, in the heat 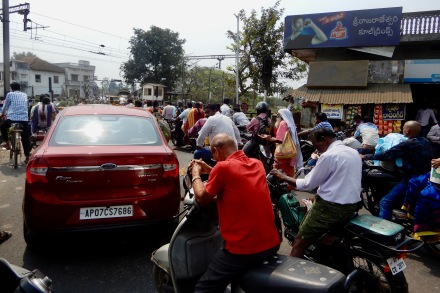 Then, as the 2nd train passes, I shuffle forward, as bikes do to get in front, and the guy in that red car bumps me as the rail lifts, and down I go. He’s misjudged my pannier. The first bike drop since returning to Asia. I gland a blend of anger  (short lived) and surprise.

Anyway, off we go through this 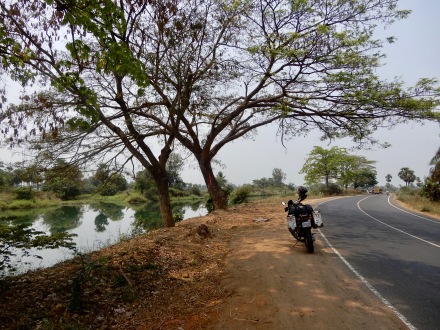 A country road for the first 30 miles 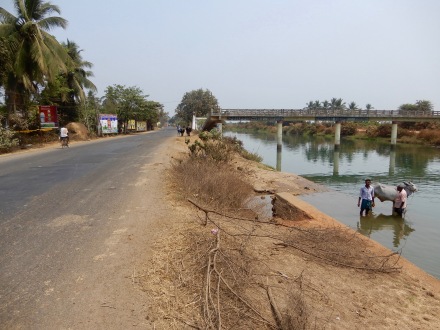 Washing the cow with some abrasive thing 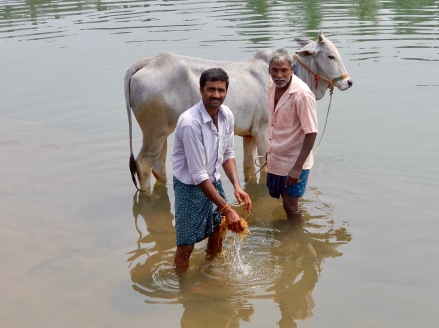 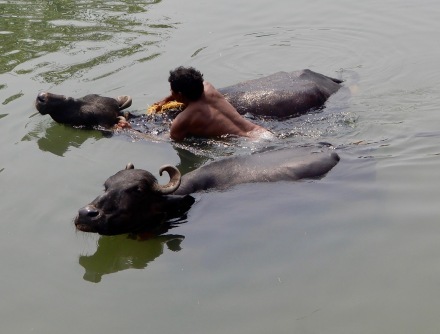 The guy on the right has his feet on the bottom, way more relaxed than the others 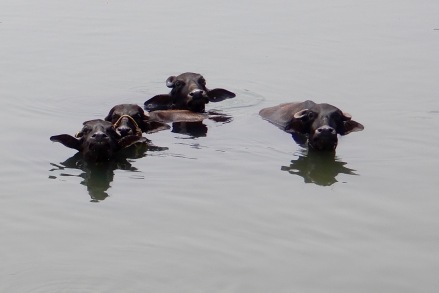 Passed through some of this, briefly 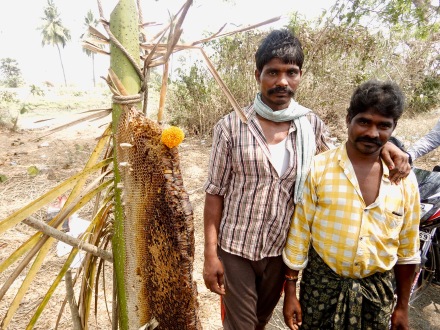 You scoop some out of the bucket 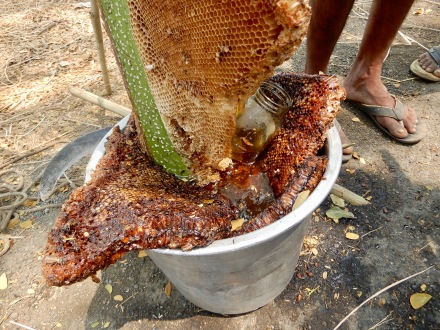 Then a total mess and not fun at all. This is the third most densely populated city in India and the tenth most densely populated city in the world. It took us 90 minutes to go 10 miles. The temperature was 100F/38C generally but in traffic pure hell, seemed hotter. Hotter for our ride tomorrow, 104F/40C, and a big one. The fanciest car we’ve seen in India directly in front. Engine off, bike on kickstand

The city is projected to go through explosive growth over the next decade or so, an interesting vijayawada wiki

Our most important cultural stop yet is one day ahead.