Namibia, from the superb Sadalmelik at Wiki commons

The oasis in the middle of desert on the Orange river, near the end of its 2200K journey from Lesotho. It rains for 2 or 3 days a year here. Lodge on the left bank, below

Drifting, about a K downstream A fossil (I think) on the bank 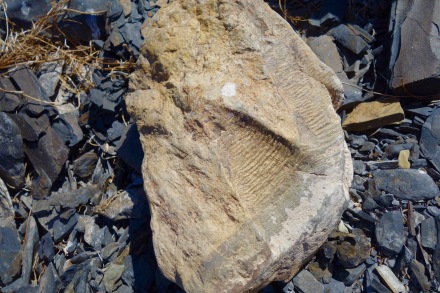 Learning to fish on a hand line with Loede. From GoPro. Insufficient wifi to upload 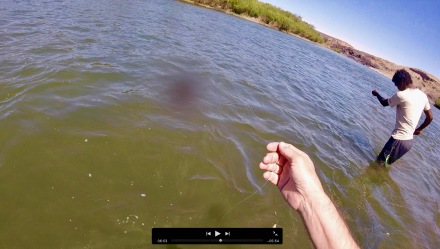 So we’re skipping ahead.

There was no South Africa blogging. And no grand Mumbai blog. Maybe, when I’m old I’ll fill in the gaps from the huge collection of photos and video that butt up against my terabyte of internal and 2 terabytes of external storage. But probably not.

South Africa is beautiful. Cape Town is a jewel. The political story can be told in 30 minutes. Compared to the US (which would take much longer to explain) there’s a clarity to how it is that’s almost refreshing compared to the decadent self-destructive, suicidal even, machinations of the west. Enough on that.

It’s 420 miles from Cape Town to the Namibia border. The flowers in the post below continued, but the further north we rode, the more compact they became

And the more arid, until about 150 miles from the border it was like this

The border town is Vioolsdrift, in the middle here 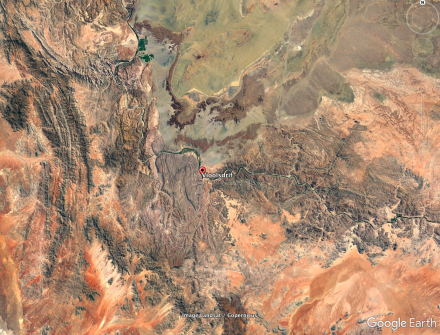 More or less the whole town 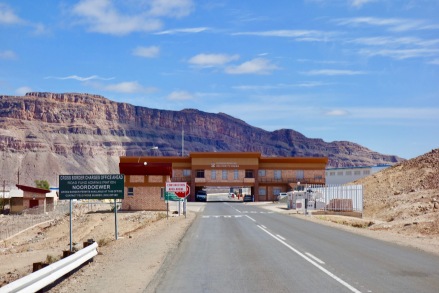 It was a breeze. No more than 30 minutes to clear South Africa and even less to enter Namibia. It’s a Carnet country, which always makes it easier.

Then to a lodge on the Orange River, an oasis where I installed a Namibian SIM card, cashed up, and am writing this as I make final plans for the route ahead.

We’re about to enter a new country and regular posting will resume in a few days. My apologies for the holiday from it.