I leave my stuff in Maltahohe and catch a ride to Sesrium with Willy. As usual, great conversation 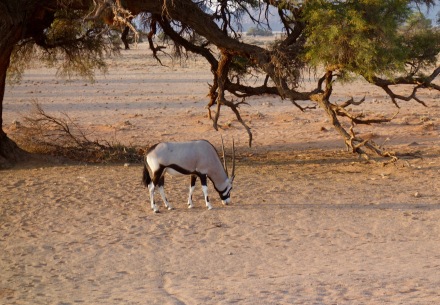 Then the drive out to Sossusvlei for another hour 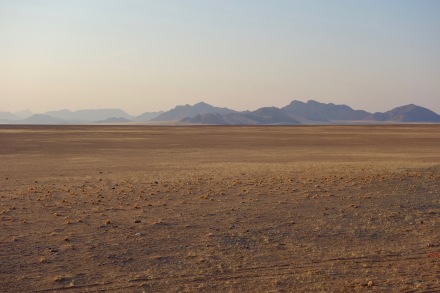 We went digging in the sand near there for this, a Dancing White Lady. Willy, a local farmer, who’ll appear in my update stories later, says it’s poisonous enough to kill a man. A local black guy, who was doing the digging, says it has only has enough venom to kill a gecko. All the stories vary here, a story later on that too. The wiki

The final very short drive in on organized shuttles and 4X4’s.

Although we’ve arrived early, the tourists are beginning to pile up. The famous sight here has been a huge draw for over 30 years. Firstly, Namibia is Africa “lite”, with its excellent infrastructure and conveniences, going back to apartheid days, it’s zero stress. Secondly, this beautiful place is a snap to get to. Fly into the international airport at Windhoek, rent a car and drive for 4 1/2 hours. Then go home and feel like you’ve had an adventure.

Here’s the major dune over Deadvlei. It’s called “Big Daddy” and is one of only three you’re legally allowed to climb 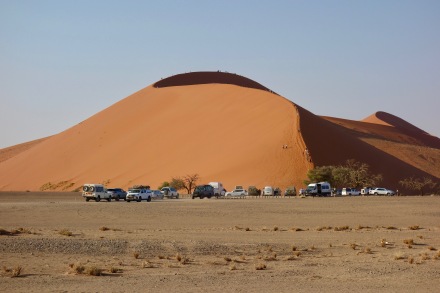 Now walking up a monster sand dune isn’t my idea of fun at the moment. The hundreds of tourists, having paid their money to get here, despite minimal hassle, dutifully trudge up it. Me, I pick a nice wandery dune where I can be in peace

There are beetles everywhere 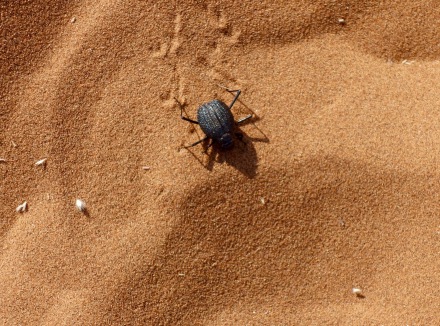 Then down to Deadvlei, one of the most photographed places in Africa. The dried trees here are about 700 years old

Due to the ease of access, it’s been a top destination for fashion shoots, car roll outs, everything imaginable for decades. There are Chinese tourists doing their own fashion shoots

Tourists huddling under trees like ‘roos in the outback 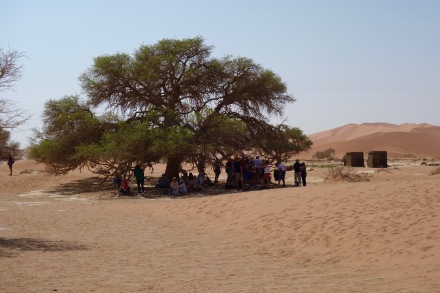 Yes, it’s beautiful. But I’m not sure what to say about the experience.