Location: Moremi Game Reserve. It’s about a 12 -14 hour return trip in the Delta. 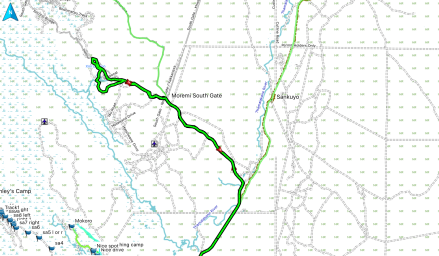 And the GPS track close up of the game drive and the south gate, critical to the story

Players: These 2 ladies, one of which is a friend of mine from Namibia. The other a friend of hers from Germany

The crux player in the story is this guy, a guide/friend and expert on Moremi who I invited along to help locate concentrations of game in the huge park 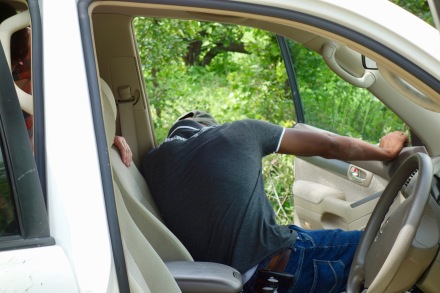 They final player is my truck, who had a few jobs to do today

It was a particularly lion rich day

Here are a couple more, playing

I always love the buffalos. They have such a bad attitude 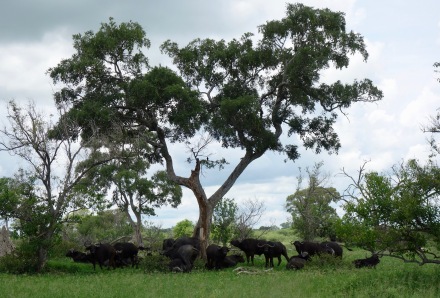 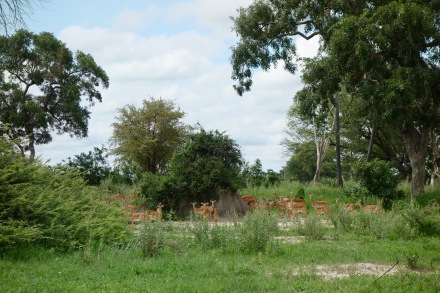 We stopped for lunch under a magnificent baobob

My friend, the otherwise professional guide, pointed out a white mushroom in the grass. I took a photo for later reference, cigarette for size 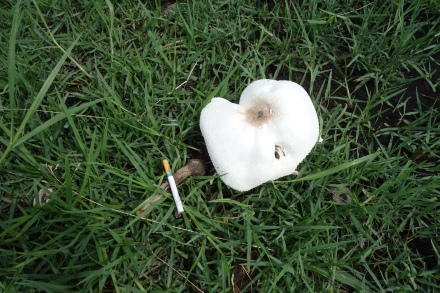 He broke off and peeled a chunk about an inch across and ate it. He then broke off a smaller pieces for my Namibian friend, while the German lady and I wandered off to take photos.

And then we returned to our drive. After about 30 minutes the guide asked me to stop and he started puking. The attacks became more frequent and soon my Namibian friend started too. That’s her on the left in the trees

Then the guide couldn’t get back in that car without help. I moved the seat back and he started moaning for a while then went still and quiet, and we couldn’t rouse him. I seriously thought he might age in big trouble. My Namibian friend was doing a little better, puking regularly but able to talk.

We didn’t have a sat phone so drove fast back to the South Gate, maybe an hour away, and from there called Okavango Rescue. They said they’d fly over the building and we were to follow them to a landing spot 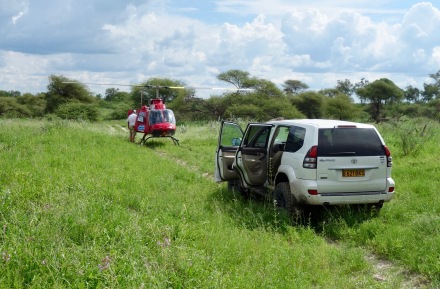 The movie, paramedic attending to my guide friend in the front, while my Namibian friend lay across the backseat. Drama

This was the mistake the guide made. He assumed the mushroom he ate was this, the termite mound mushroom, which another friend showed me later

We’re not sure what it was, but I know someone who will tell me. I’ll ask her and update this blog.

The Namibian was plugged into things, given shots and released later that day. The guide was transported to hospital with renal problems, was released a week later and was as weak as a kitten for another month. We went for a boat ride yesterday, is now as good as new, and we didn’t mention it.

Edit. My friend, from the University of the Free State, feels it is most probably Amanita philloides, but without a picture of the underside, can’t be positive. She attaches